Have you ever been at the grocery store and your eyes fix on something and you just brush it off and go on about your shopping, only to realize later once you are home that you really did need that item? Or has someone crossed your mind and you felt to call or reach out in some other way, but did not, to learn later that you should have? Have you had a ‘bad’ feeling about something or someone to find out that person or situation had been dangerous or harmful in some way?

You should go pick up that item in the store, even if you don’t understand at the time why you might need it; call that person, or make a detour and go to visit the person who came to mind, distance yourself from the person or situation, and later, God will reveal to you the why.

How many times have you said or heard someone else say, something told me to do such and such? I had a hunch to do something. The key is to learn to follow up on those flashes and hunches and those little reminders or admonishers and do as they are suggesting.

These are examples of the subtle language of the Holy Spirit. He is continuously speaking to us and it is our job to learn His language and obey. God speaks through His written word, by an inner witness, a still small voice, the word of prophecy or word of knowledge, dreams, and visions. This short list is by no means all the ways in which God may choose to speak, but it gives a basic scope of how He may choose to communicate with us.

In the natural world our education starts at home with mom and dad, then preschool, and kindergarten, elementary school, Jr high or middle school, high school and then college. Once through undergrad college, we may go on to graduate school and then some of us reach for doctorate. If we pursue our natural education to these degrees, how much more should we pursue an education in the things of God? In high school and even in the lower grades, students are required to learn a foreign language; it seems reasonable that we should be learning God’s language.

Sometimes, it may seem as though you are having a conversation with yourself. The voice you hear is not strange to you. It is familiar and often may even sound like yourself.  If we take heed, amazing things are revealed; on the other hand, if we ignore it, disappointment sets in as we later recognize missed opportunity.

I like to call these little flashes and nudges ‘burning bushes’. In Exodus 3:1-17 we read the story of Moses and the burning bush. It was not unusual for a bush to spontaneously combust in the heat of the desert, but it was unusual for it to not be consumed.  Moses did not pass by the bush, he went to see why it was not being consumed and had his encounter with God, as the I AM. We can have an encounter with I AM also, if we will stop and enquire about the burning bushes we seem to pass by all the time.

Back in the day, the days of the Charismatic Renewal, we would often have a prophetic word spoken in a meeting.  You could be in the last row in the very back of the building, but that word was quickened to your spirit and you knew that it was a word for you. The messenger may have been speaking to another person, but God quickens that word to you, it is yours to claim.

There is an energy that comes from the person who is truly seeking; they are putting a demand on God for what they are desiring.  An example is in Luke 5:17 … and the power of God was present to heal them.  This is the story of the lame man whose friends tore off the roof of the house where Jesus was teaching to lower him down in front of Jesus.  There was such a crowd pressing in and around the house they were unable to get him to Jesus. This man was healed because he and his friends put a demand on the power of God that was present. This means that any of the other people there had access, but they put no demand on the power of God. And likewise, the woman with the issue of blood, in three accounts in the Gospel, reached out and touched the wings of Jesus prayer shawl and virtue went out of Him.  The bible says He was pressed on all sides by the crowd, but when she touched Him, he felt virtue go forth and He asked who touched me.  I can see the disciples as they said everybody is touching you.  But only the one woman made a demand on the power within Him and received what she was came for.

I was once in a meeting where there was such an anointing and people were gathered around the altar, each praying and hoping to be called and receive the blessing. The man of God was looking in my direction, then looked past me and called a lady standing right next to me and I could see that she had put a demand on the anointing. Her countenance and her physical posture said, I want a touch from God and I am not willing to take no for an answer. It taught me a lesson. Demand = possession. Many times our desire is only that — desire. There is a certainty in godly faith as spoken of in Heb 11:1. Even though you don’t see it, you know you have the thing you are asking for. I John 5:14-15 Gives us confidence to how to ask.

You get ready to go on a trip and there is a heaviness that won’t leave you… pray! God is trying to get a message to you. Perhaps He is saying don’t go or make different plans, change your mode of transportation. Unless you inquire of the Lord, you may miss what God is trying to tell you.  You awaken suddenly with someone on your mind, or maybe not anyone you know, but you just feel led to pray… pray and if you can, pray in the spirit. Again, one of God’s methods of speaking to us.

Sometimes our dreams are prophetic and sometimes our dreams come from too much pizza. If you do not have understanding right away, ask God to reveal the meaning and just hang it up for a while and God will give you the answer if it is important. Sometimes we dream about other people, but the dream may be about ourselves. Visions are a whole other level of God’s method of communicating with us. It is important to cultivate your holy imagination because it opens doors of communication from the Lord to show you magnificent things. In all things, seek God for His seal on what you hear, see, and feel in the spirit.

We must consider God’s word as the premier authority and the clearest method that God speaks to us, and depend on the Holy Spirit as our teacher. Anyone can read the bible, but only God’s people have the Holy Spirit to interpret what God has said and is saying.  For that reason, if anything you hear is contrary to what God has already said, check it out or chuck it out. We do have an adversary who loves to deceive us and tries to counterfeit God’s voice.

Coming into the Fullness of Pentecost

God is Not Afraid of Our Stench 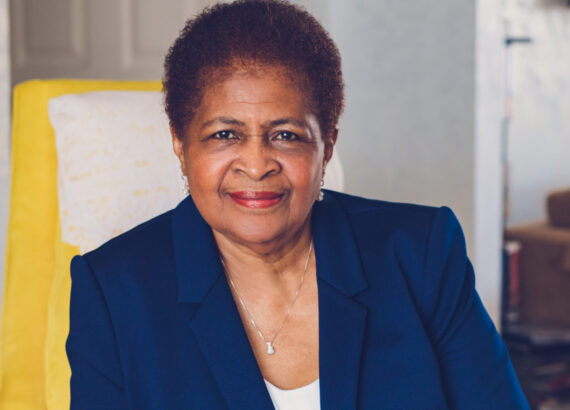 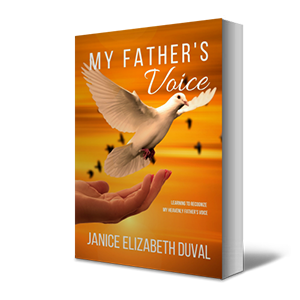